TOO CLOSE TO BREATHE 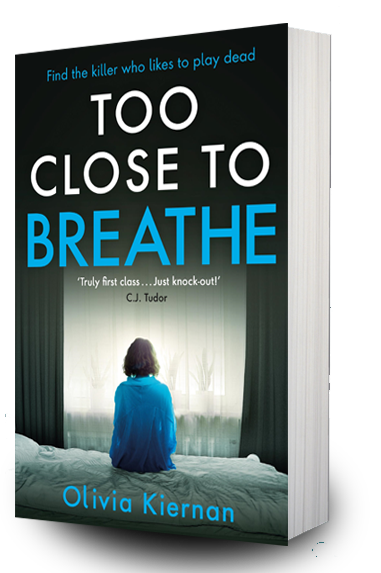 Too soon to see

Too late to hide

DCS Frankie Sheehan is handed the case, and almost immediately spots foul play. Sheehan, a trained profiler, is seeking a murderer with a talent for death.

Too close to breathe

As Frankie strives to paint a picture of the killer, and their victim, she starts to sense they are part of a larger, darker canvas, on which the lines between the two blur.

Olivia Kiernan’s debut is a bold, brilliant thriller that will keep you guessing and leave you breathless.

THE KILLER IN ME 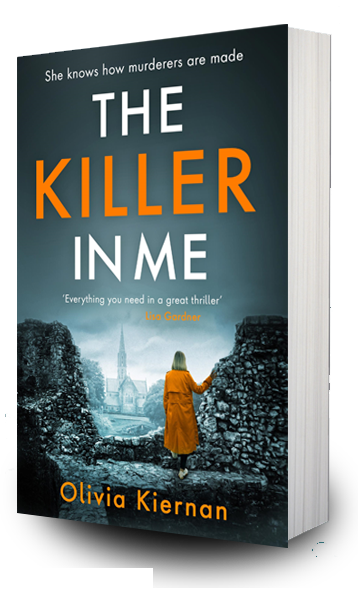 Detective Chief Superintendent Frankie Sheehan does not wish to linger on the grisly scene before her eyes. Two mutilated corpses. In a church. In Clontarf. Her profiling background screams one fact: this is just the beginning of a sickening message.

Meanwhile, a 17-year-old case is playing out on a TV documentary, the convicted professing his innocence and historical police errors being exposed daily in the media. Frankie’s superior, commissioner Donna Hegarty, makes no bones about who she expects to clean things up – both in terms of past mishandlings and the present murders.

But not everyone working the cases wants the truth to come out. And the corridors of power have their own vested interest. Soon Frankie pinpoints just what is making her so nervous: the fact that anyone could be the next victim when justice is the killer.

The Killer In Me is a fast-paced thriller in which lies are safer that the truth, the past is never far from the present, and the ability to kill could well, it seems, live in everyone.

“Excellent . . . Superbly controlled with a strong voice.” Ali Land, author of Good Me Bad Me.

IF LOOKS COULD KILL 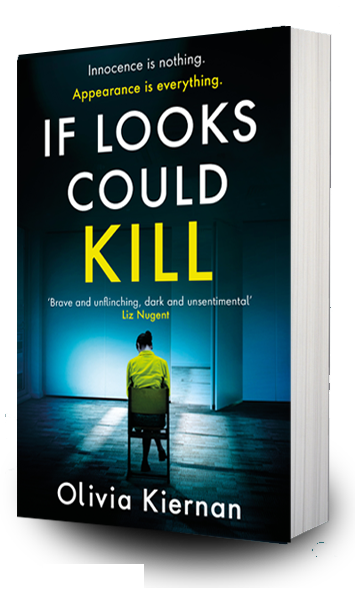 DCS Frankie Sheehan is experiencing a crisis of confidence – having become wary of the instincts that have led her face-to-face with a twisted killer and brought those she loves into direct jeopardy.

She is summoned to the rural Wicklow mountains, where local mother of two, Debbie Nugent, has been reported missing. A bloody crime scene is discovered at Debbie’s home, yet no body. Not only is foul play suspected, but Debbie’s daughter, Margot, has been living with the scene for three days.

Aware her team cannot convict Margot on appearances alone, Sheehan launches a full investigation into Debbie Nugent’s life. And, before long, the discrepancies within Debbie’s disappearance suggest that some families are built on dangerous deceptions, with ultimately murderous consequences.