Thinking About Holidays: With or Without You 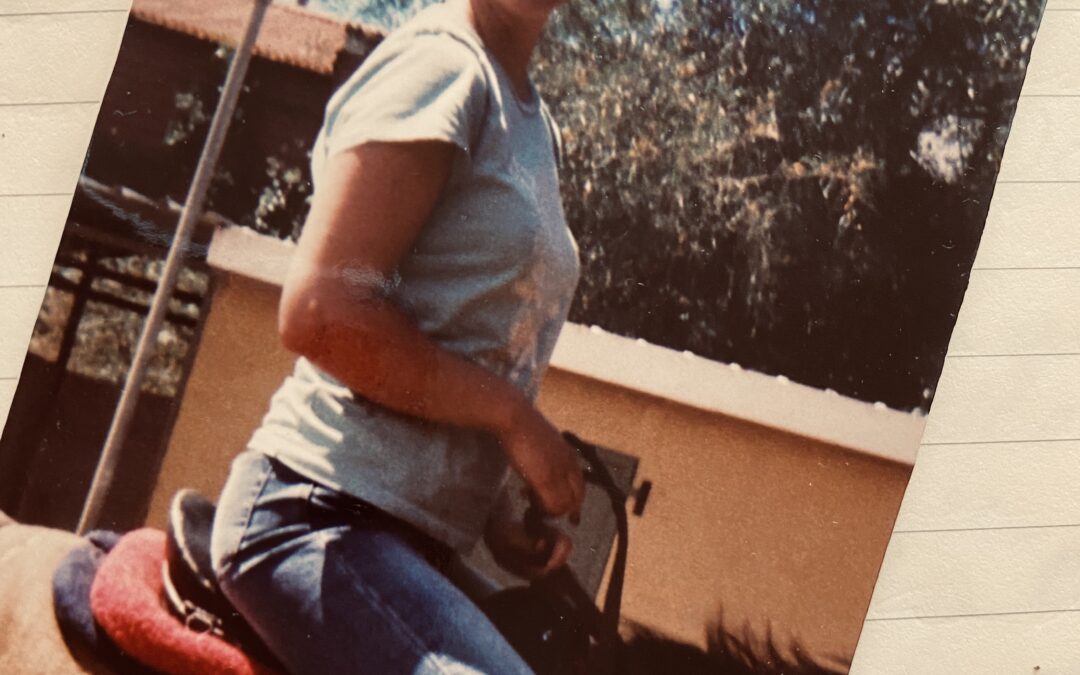 I have long battled against my tendency to worry. That common Irish phrase: ah sure what’s the worst that can happen, is seldom heard fall from my lips. For most of my life, I’ve seen this as a bad thing and, in my twenties, I worried (sorry) that it was becoming bad for my health, and began to catch myself in my catastrophising, determined to have a more positive outlook.

Sometime in those years, I took a week’s holiday with my sister, Ann, to the Canary Islands. Our aim was to read books, eat garlic-prawns, drink sangria and perhaps, if we were feeling wild, chance a night of karaoke. Three days down, on our fourth novel of the week, lying in the small courtyard of our self-catered apartment, listening as our neighbours played U2’s With or Without You for the fifth time in a row, the thought struck us that we should get out and have an adventure.

My positivity cup full, I seized on the idea of a horse ride. The resort advertised a three-hour trek along the beach. I imagined how pleasant it would be to walk a horse along the shoreline, the hot island sun warming our faces, tempered by the fresh sea winds that swept along the coast. Somewhere inside, a little voice reminded me that the last time I was on a horse, my eyes swelled shut and my throat almost closed over. But that was ten years ago, I told myself. And besides, people grew out of allergies all the time. So I gagged my worry and shoved it into the small box in the back of my mind.

After an hour’s drive ascending up and round the rust-coloured hills and mountains, we arrived at the stables. Three other riders were already waiting: Abby, a seasoned show-jumper from London and a couple from Brighton, Barry and Tony. As we were matched to our horses by our host, Carla, herself straight out of a Wrangler ad, Barry admitted he was nervous. Don’t worry, I said to him, carried away with blind optimism, it’ll be grand, great even, all the while telling myself that the itch on my neck was most likely an insect bite.

My sister was given a sour-looking palomino. I joked about how he wore a look of contempt, and, that when the opportunity arose, he would take his revenge on the world. We both laughed a little at that.

Ready to get going, Carla informed us that the horses weren’t all that comfortable with any pulling or tightening of the reins. Again, a minor niggle crossed my mind. It was a long time since I’d been horse riding but even I knew that reins were not intended to be decorative. That’s when I noticed, Abby, the only seasoned rider among us, take a moment to reach up and tighten her riding helmet. I would have done similar but there hadn’t been enough helmets to go round. A few hives rose on my arms but, determined not to catastrophise, I ignored them. In any case, I thanked my lucky stars that I wasn’t Barry. Barry, not the tallest of blokes, was put on the smallest horse, a young colt that was not quite broken and seemed only capable of moving in a kind of skittish quickstep across the paddock. Like a crab.

As we moved out, the itching along my neck and arms subsided and my breathing relaxed. This isn’t so bad, I thought. I turned in the saddle to smile at Ann. But I couldn’t see her. I craned my neck and spotted her back in the distance. Her horse, finally choosing his moment, was facing out over the side of the mountain, head down and trying to buck my sister from the saddle over the cliff. Alarmed, I called to our host. But if I thought Carla might be remotely concerned that her horses appeared to be part-equine, part-lemming, I was wrong. She sighed, in the way an exhausted mother sighs when their toddler tugs at their trouser leg for the hundredth time in an hour then yelled: ‘Kick him, Ann! Kick him with character.’

To this day, I’m still not sure which direction she hoped that horse would go were Ann to have followed her instructions. Eventually Ann managed to dismount and, sensibly, led the horse back to the stables. I wanted to go with her but Carla insisted the horses didn’t like to break form and, with the authority of a quiz show host, I was told that now that I’d started, I had to go on.

So, on we went. My horse, which I’d initially thought was not the worst, I soon discovered, was a bit of an asshole. Frequently, I felt its rear haunch drop beneath me and it wasn’t until Abby’s horse reared up for the third time that I realised my horse was taking some pleasure in kicking hers in the face. The ripples of this behaviour dominoed down our convoy and once again I felt for Barry, whose hyperactive young horse, feeling the disturbance, would then break out across the mountain in a mad zig-zagging sprint, its rider barely clinging on, his body flapping like a blouse on a clothes line on a windy day.

By the time we returned to the stables, we were white-lipped, exhausted and, crucially, had not so much as glanced a beach. We got back to the resort, where I took a heavy dose of antihistamines. Then we reached for the sangria. Worry may have left me for a short period but now, I knew better than to let it stray too far. And when I hear that phrase: ah sure what’s the worst that can happen I give rein to the little voice that pipes up in my head and listen when it replies: ‘Well, actually…’

Olivia Kiernan is author of the DCS Frankie Sheehan series. Her latest novel, IF LOOKS COULD KILL, lands in July and you can pre-order through all good bookshops or here: If Looks Could Kill. 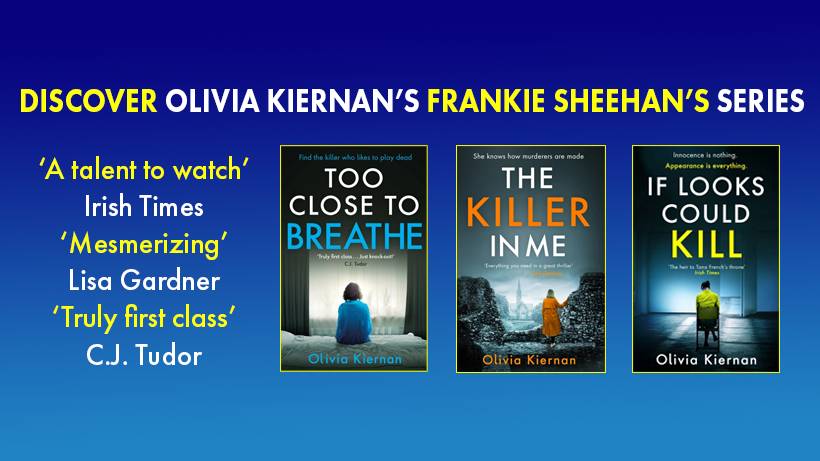